We adopted our 4th pup, who is not really a pup anymore. He is a senior dog believed to be around 8 to 10 years old. It was easy to fall in love with Charlie. I mean look at his kennel photo… 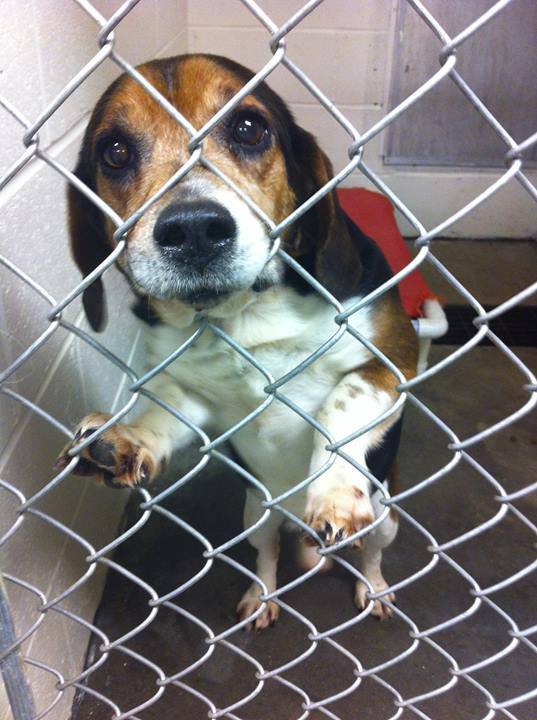 It took another 2 months for him to get to us as he needed to be treated and recover from heartworms before flying to us from Kentucky. The wait, however, was definitely worth it!

As I type this, Charlie is sitting by my feet and he is such a gentle soul.  Despite some of the bad habits of his new siblings (like stealing food out of his bowl) Charlie has not shown a bit of aggression. It is so easy to love this old soul and up to now, I can’t believe he never had a human love him.

The Importance of Adoption

One of our advocacies is senior pet adoption. The rationale is that if you are going to adopt, its easier to adopt an older dog because the chances of them being house trained is high and they won’t chew up all your furniture contrary to typical puppy behavior.  Charlie is such a wonderful example of senior dog adoption just as Georgie is the perfect example of senior cat adoption (or perhaps in his case middle-aged cat adoption).

Some of the best decisions we have ever made was in adopting both Georgie and Charlie. Every animal given a home is one less unloved or euthanized animal. According to the Humane Society of the United States, between 3 to 4 million adoptable pets are euthanized yearly.

Big thanks to the people at Hancock County Animal Shelter, especially Sage, for approving the cross-state adoption. For some reason, just seeing Charlie’s photo being shared on Facebook made me aware that he was supposed to be my dog and the folks at Hancock County were so easy and so awesome to work with.

Thank you Pilots and Paws

This transfer would not have been as easy without the help of the Pilots and Paws program and two of   their volunteer pilots, Jeff and Steve, who brought Charlie from Hancock County, Kentucky to Northern  Virginia.

Last, but certainly not least, you fostered little Charlie for several months as he was healing and  gaining his strength back. Thank you for your  hilarious updates as we looked forward to hearing  about him and thank you for your generous heart  and love for these homeless creatures.

It takes a team of individuals and organizations to  make awesome things happen. Never underestimate  the power of sharing on Facebook, social media, and  communication. Never doubt that every person counts; because thanks to so many folks, little Charlie, found wandering in the snow as a stray is now warm, and safe, at my feet.